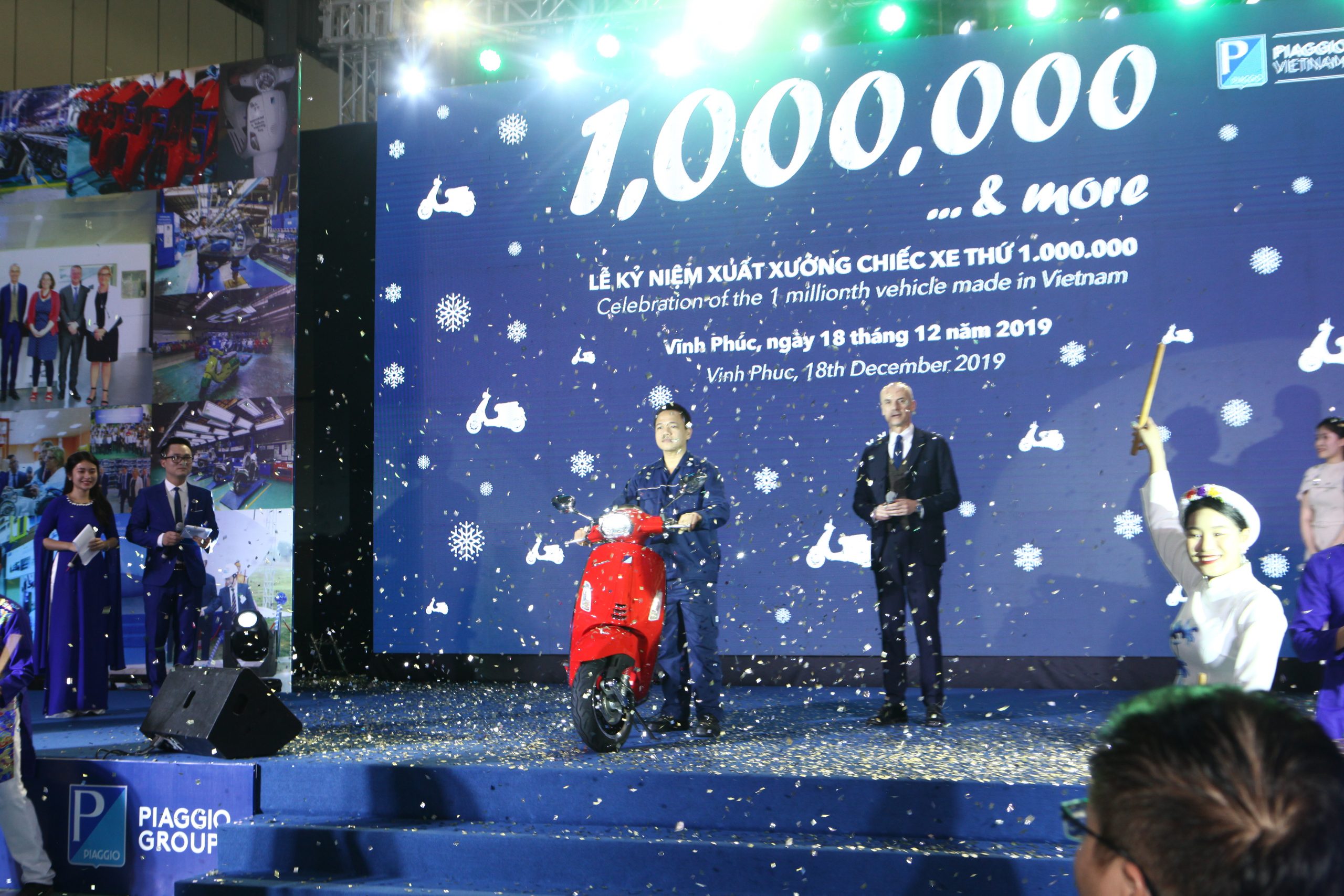 Impressive moments of “Piaggio’s 1 millionth vehicle made in Vietnam” celebration.

The extremely impressive appearance of Piaggio’s 1 millionth bike on the stage in last December not only marked a remarkable milestone in the development process of the Piaggio brand but also a moment of all innovative efforts for the success of the event that AIT has made.

On the strong, sustainable and pioneering journey of Piaggio, AIT was honored to be a partner and vendor of diversified advertising products and services with market leading quality. In addition to providing Piaggio Asia Pacific market with high quality products, AIT also accompanies Piaggio Vietnam in developing Piaggio’s dealer network nationwide, international exhibitions in Vietnam. And recently, the most highlighted event “Piaggio’s 1 millionth vehicle made in Vietnam” is particularly important to AIT.

The event was a series of the activities  combining Vietnamese culture and Italian culture together with the unique color of Piaggio. The audiences enjoyed the music-oriented repertoires of both Vietnam and Italy, besides the audiences also witnessed the development journey of Piaggio in Vietnam through interesting footages … And could not fail to mention the launching of the 1 millionth vehicle on stage that exploded the emotions and applause of all audiences.

The success of the event was the tireless efforts of the members of AIT, once again, reaffirmed AIT’s creativity and ability to organize events of Product Launching.

The complex of factory in Vietnam is currently considered as the production headquarters of Piaggio in Asia, including an assembly workshop with a capacity of 300,000 vehicles per year, an engine factory and the only research center of the region. After over 10 years of development, Piaggio’s factory complex currently has about 1,000 employees.

AIT’s efforts to affirm the quality of C.I equipment through exporting to Asia – Pacific market.