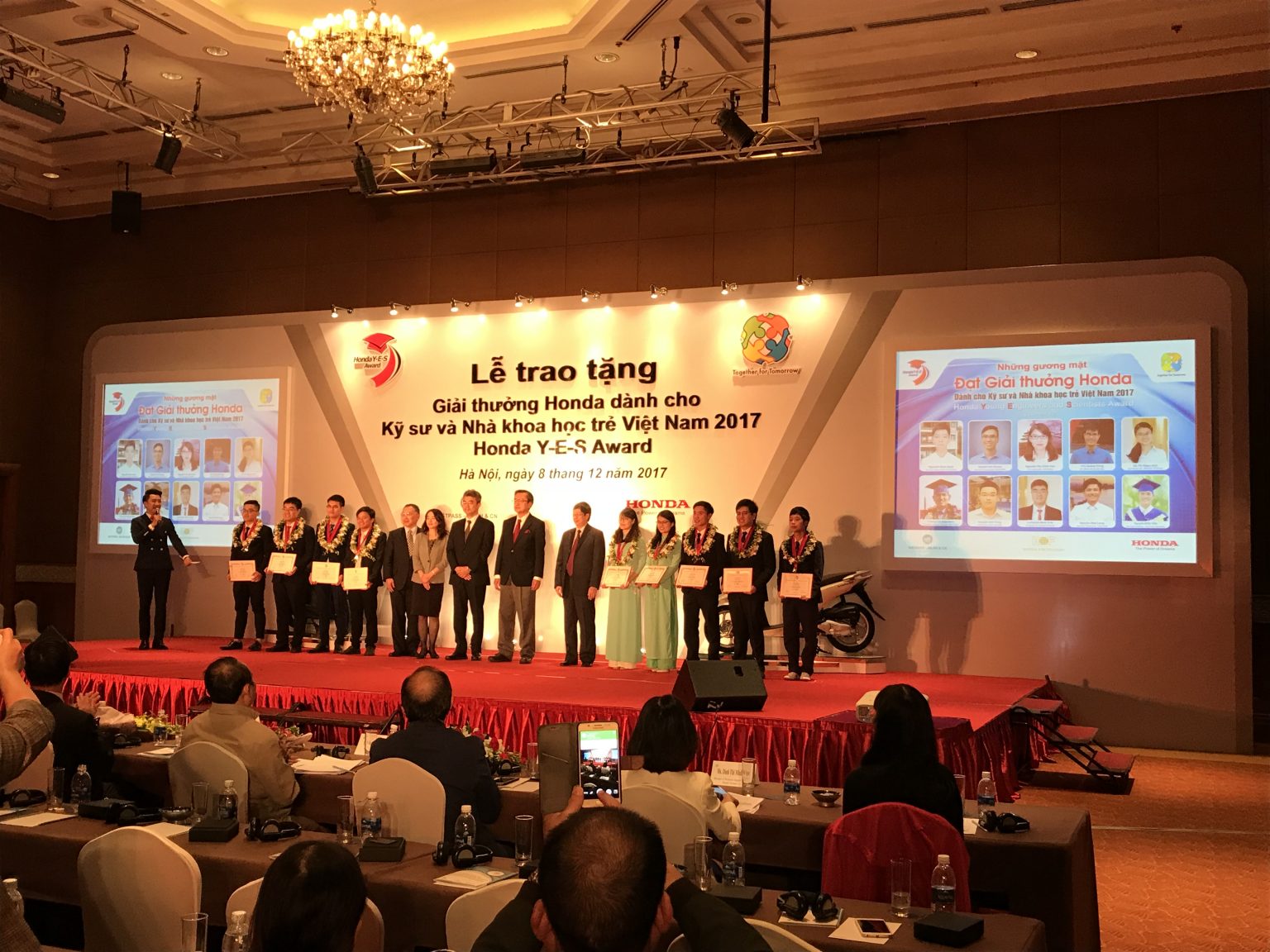 In the morning of December 8, 2017, the 12th Honda Y-E-S Award – an award for Vietnamese Young Engineer and Scientist –  took place. This is also the 12th year AIT is honored to accompany Honda Vietnam in organizing this special ceremony.

Starting from April 2017, the Award has received the support and enthusiastic participation of a large number of students nationwide. The 10 best students was shortlisted having interview and essay to become the owner of the Honda Y-E-S Award 2017.

AIT has cooperated with Honda Vietnam to organize a honorable ceremony for outstanding students. At the ceremony, the distinguished guests and students had the opportunity to look back on the process of the contest and the journey to overcome many challenges and difficulties to “touch” to the Honda Y-E-S award of the best 10 students.

Once again, congratulation to the success of Honda Y-E-S Award 2017. AIT hopes to continue to accompany Honda Vietnam in upcoming activities.