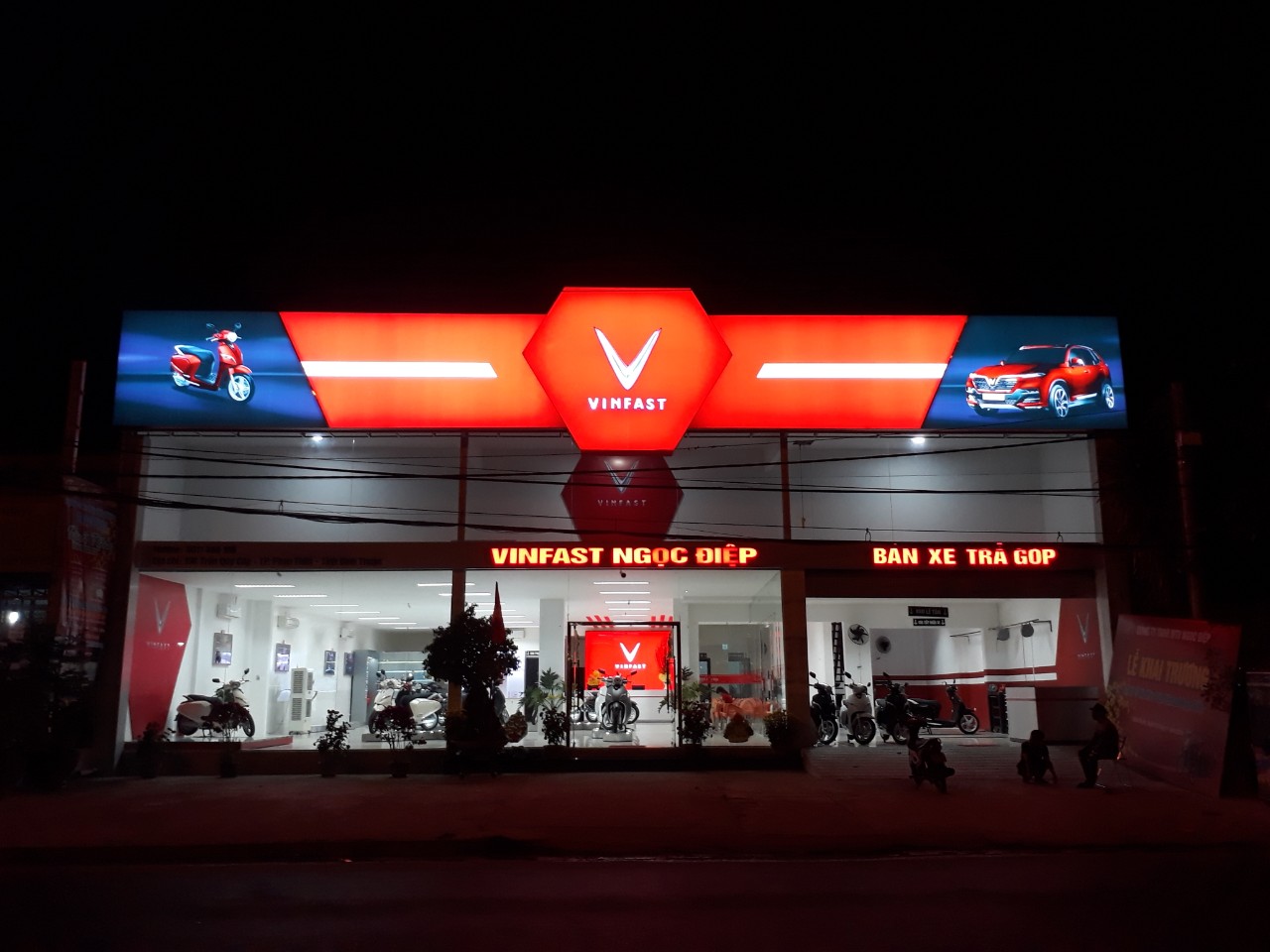 AIT’s Sprint race with Vinfast for the opening day

After nearly 5 months of cooperation with VinFast in researching the brand identity system and successfully producing the first VinFast logo sets.

AIT has officially become a partner and the only supplier of VinFast logo sets in Vietnam, timely providing all Vincom Shopping Malls, Showrooms and Dealers of VinFast nationwide.

Shortly after launching the project, AIT team understood that this will be a big challenge not just for the enormous amount of work but also the time to complete the project. More than 300 sets of VinFast Logo were successfully produced in less than twenty ” inconceivable” days.

“This is really a speedy sprint race,” said Mr. Cuong, the AIT’s Factory Director right after finishing the last set of logos. Although his saying is brief, it has summarized the capabilities and efforts of AIT in the whole project.

November 20th – 21st mark the historic milestone of the Vietnamese car brand – VinFast and also the logo sets of international standards produced by AIT are displayed at the Vincom shopping malls, showrooms and dealers across the country, contributing to the radiant success of the brand.

We are proud of being accompanied with VinFast on the journey of bringing Vietnamese flag, for the very first time, onto the map of the world automobile industry.

The success of this project has confirmed the capacity to produce products with international standards of AIT and will open up many promising opportunities for further cooperation of AIT and Vietnam’s leading economic groups.

AIT’s efforts to affirm the quality of C.I equipment through exporting to Asia – Pacific market.

AIT honourably accompanies with honda in the events of giving 1.5 million helmets for 100 first graders nationwide in the 2018-2019 school year