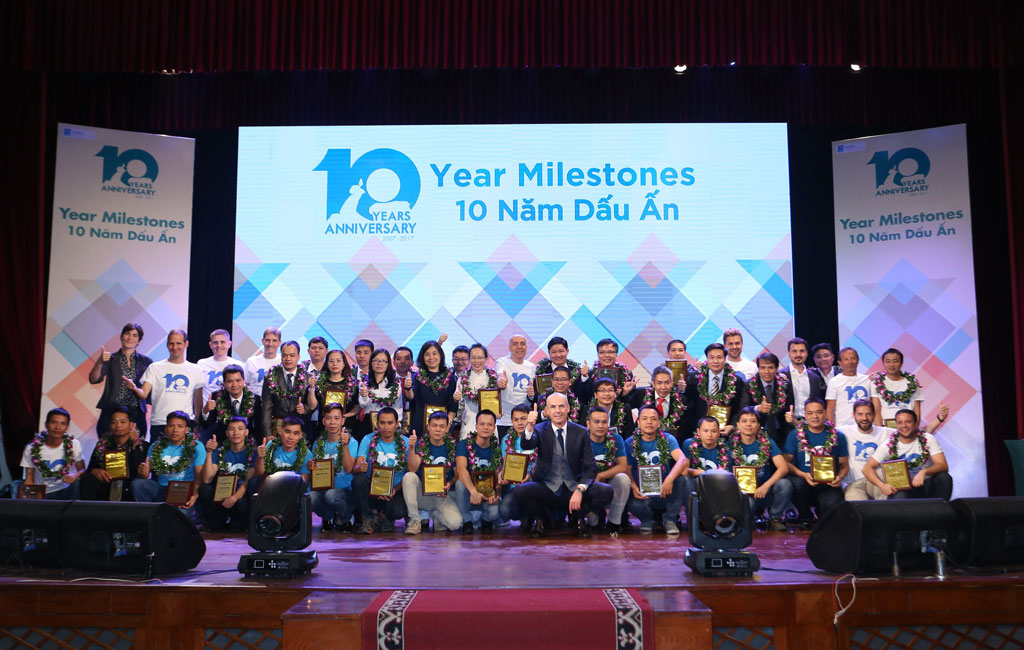 The 10-year anniversary of Piaggio’s foundation and development in Vietnam market was successfully held in October 2017. AIT is proud to contribute our companion and support to the success of this big and fantastic event.

The equipment and event elements  produced by AIT have contributed to a luxurious, premium but warm atmosphere as the message of “10 years of milestones” that Piaggio want to share through this anniversary.

Board of Management of Piaggio has highly appreciate the good works and support of AIT by sending an Appreciation Letter right after the event ended in success and emotions.

10 years that Piaggio has left its image and reputation in Vietnam motorcycle market, are also AIT has accompanied Piaggio in many significant projects and activities. AIT would like to congrats Piaggio Vietnam on their progress and achievement and hope to continuous together with Piaggio contribute to their further success in the coming time.