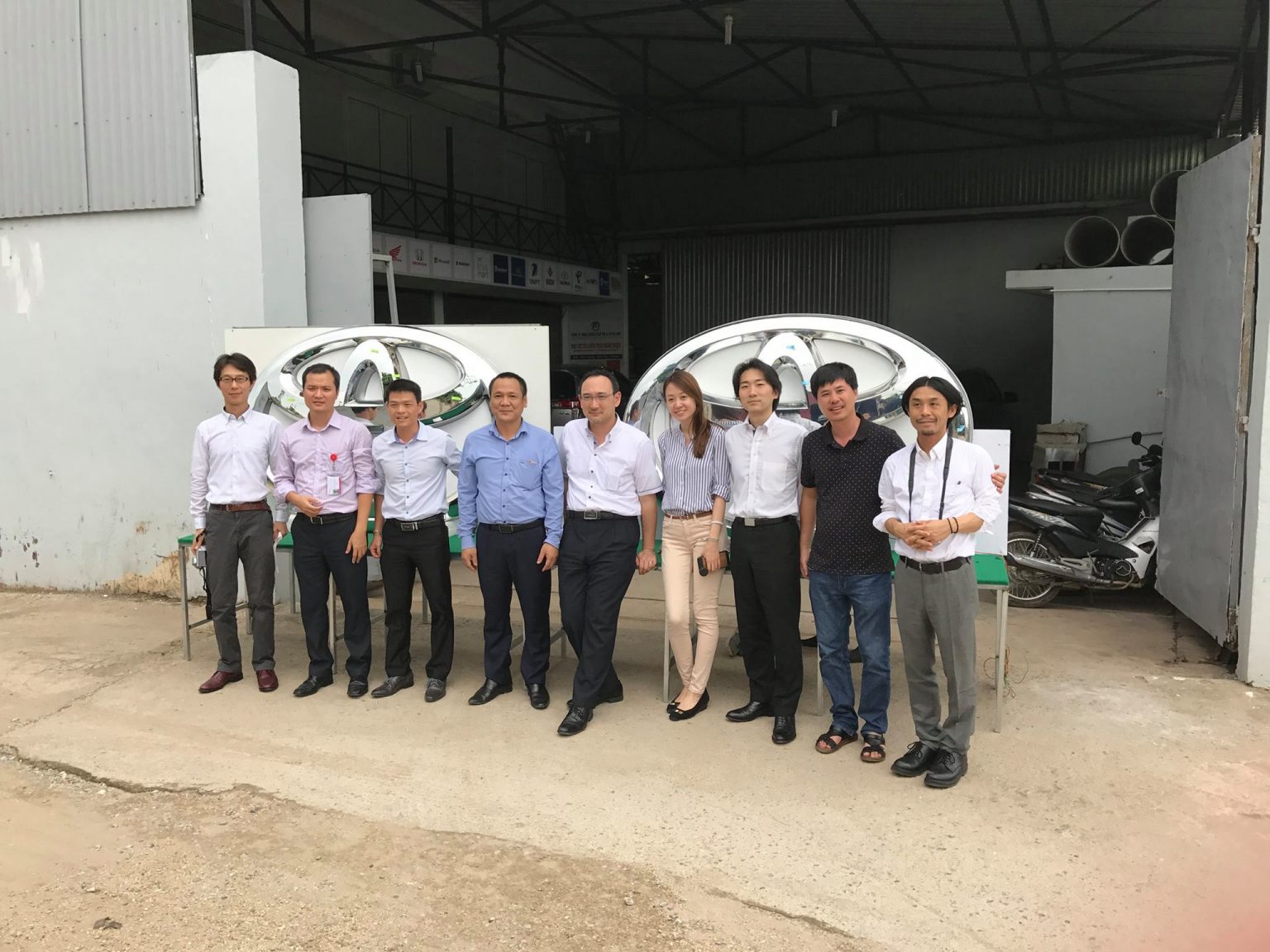 Overcoming the other suppliers from Thailand, Malaysia, Myanmar … after many rounds of selection, rigorous evaluation, together with efforts of AIT team for a long time, AIT has officially became the only supplier for Toyota in Vietnam market.

The process of preparing, producing and welcoming specialists from Japan and regional managers of Toyota in Singapore to inspect and evaluate products took place in over 3 months. After 3 inspections, detailed measurements of graphics standards, specifications, light intensity …, the experts have confirmed the samples of AIT products have superior quality and reach standard to be supplied for Toyota Vietnam.

Experts from Toyota highly appreciated the quality of AIT’s products and at the same time offer a number of advices and suggestions to AIT team to improve the products to meet export standards. At present, with AIT becoming the official supplier for Toyota, Vietnam will be the second country, after Germany, has qualified CI suppliers for Toyota.

This is a very proud success of AIT in the manufacturing market, supplying products for foreign corporations. AIT expects this event marks the beginning of a good, promising and strong cooperation between AIT and Toyota Vietnam.